Active and Efficient: The Stretcher Bearers and Ambulance Drivers

Learn more about the rank and file of the Ambulance Corps – people tasked with removed wounded soldiers from the battlefield. 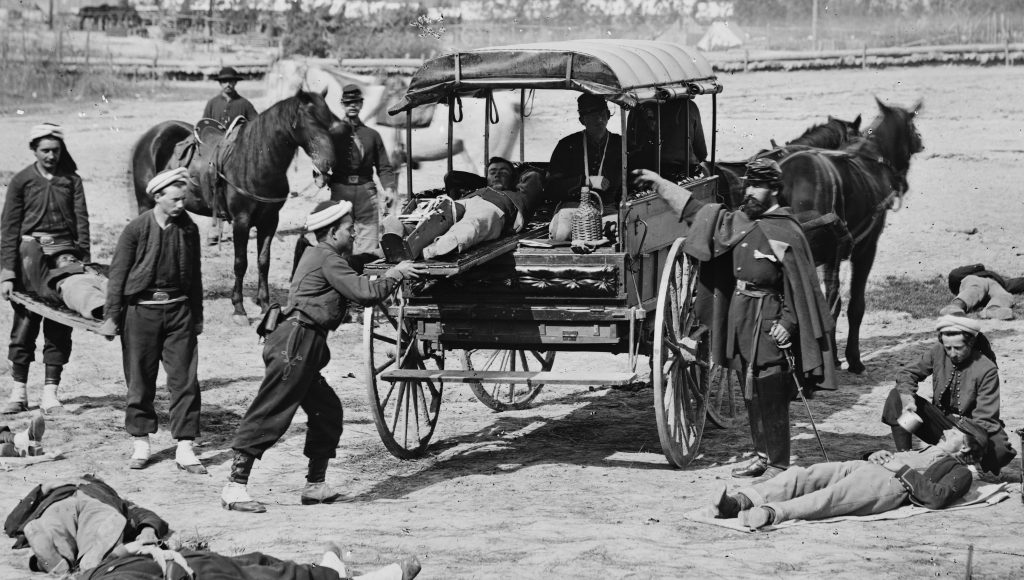 Union soldiers training for the Ambulance Corps. Courtesy of the Library of Congress

On Saturday, December 7 at 2:30 PM, step into the NMCWM in downtown Frederick to hear the fascinating tale of common men in an uncommon world. Who were the stretcher bearers and ambulance drivers of the Civil War? What was their daily life like? How were they trained? Learn the answers to these questions and more with our Membership and Development Coordinator Kyle Dalton.

This event is included with admission and free for members. Members earn year-round free admission to all three of our locations, 10% off gift shop purchases, discounted admission to special events, and a free subscription to our journal, Surgeon’s Call.