Embalming and the Civil War 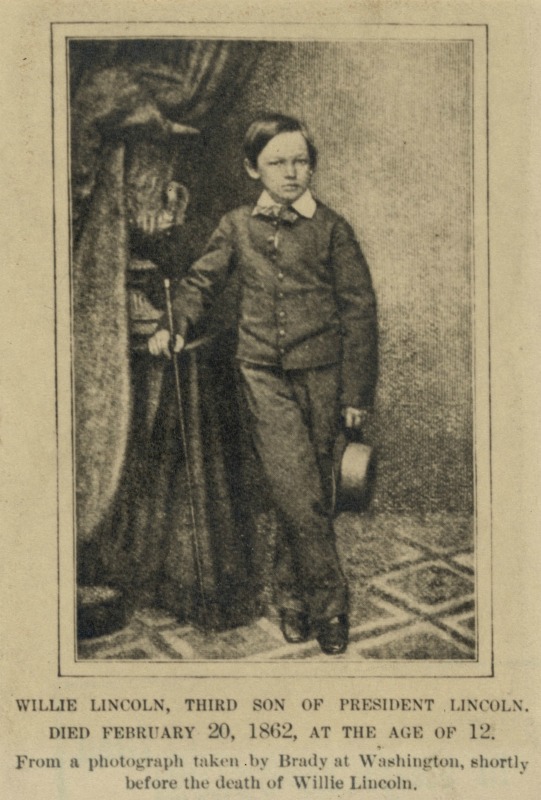 On February 20, 1862, Abraham Lincoln’s son Willie lay dying of typhoid fever in the guest bedroom of the White House. Unfortunately, this was not uncommon in Lincoln’s day. An estimated 65,000 soldiers alone died from this bacterial infection during the Civil War, to say nothing of the hundreds of civilians who contracted the fever on a daily basis in the 1860s.

At 5 pm that evening, the 11-year-old took his last breath. Overcome with sorrow, the President cried: “My poor boy, he was too good for this earth. God has called him home. I know that he is much better off in heaven, but then we loved him so. It is hard, hard to have him die!” Wanting to be alone in his grief, Lincoln locked himself in his office for the night.

As the President struggled with the shock of Willie’s death, preparations for the funeral commenced. Henry P. Cattell, who later would handle Lincoln’s body after he was assassinated, was hired to embalm the little boy.

Before the mid-19th century, embalming was not typically used in funerary practice. It was mainly employed to preserve specimens after dissection. Surgeons and anatomists often used arsenic when creating dry mount displays from cadaverous remains. Mixtures of arsenic and soap were sometimes used to bathe the insides of a specimen to prevent decomposition and insect infestation.

In 1838, the French chemist, Jean Gannal, introduced a new method for preserving human remains in which arsenic was injected directly into the carotid artery. This allowed anatomists to dissect corpses or prepare anatomical specimens without worrying about putrefaction or decay. By and large, the method worked, though many anatomists suffered arsenic poisoning as a result.

A sea-change in embalming came with the Civil War, during which there was an outcry for fallen soldiers to be returned to their families for burial.

The embalming craze took off when an Army Medical Corps colonel (and close friend of President Lincoln) became the first Union officer to be killed. On May 24, 1861, Colonel Elmer Ellsworth was shot while removing a Confederate flag from the roof of a Virginian hotel. The flag was so large that it could be seen from the White House. 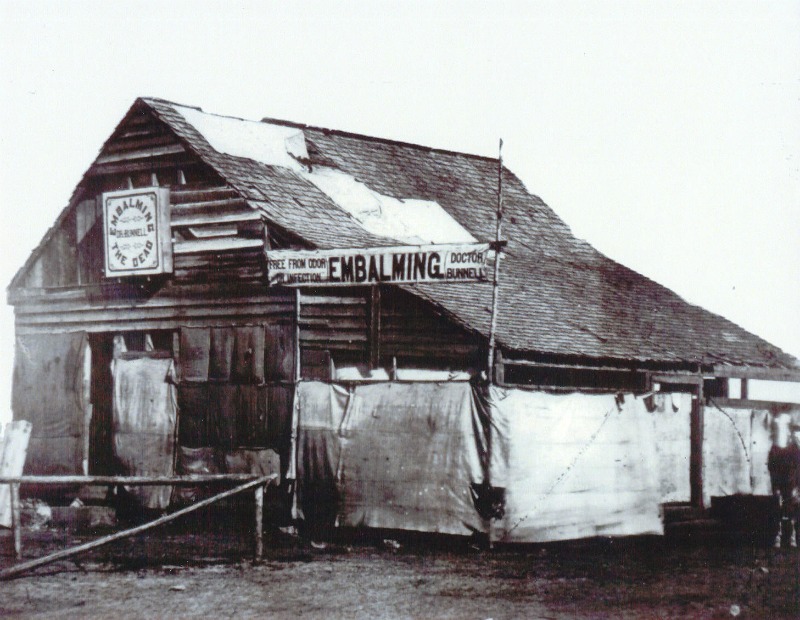 News of the shooting traveled quickly to Washington. Thomas Holmes—later known as the “Father of Modern Embalming—offered his services to Ellsworth’s family, and the captain’s preserved body was taken to the White House, where it lay in state for several days. Afterwards, he was taken to New York City, where thousands lined up to view the funeral cortege. Mourners on the route displayed a banner declaring, “Ellsworth, ‘His blood cries for vengeance.’”

Embalmers soon began to profit from the deaths of soldiers. Over the course of the war, Holmes alone embalmed 4,000 men at $100 per corpse. In shops in Washington, Georgetown and Alexandria, he displayed the preserved bodies of unknown soldiers, which he collected from battlefields. Happily, there is no record of an unsuspecting relative stumbling across a lost loved one propped up in Holmes’s window.

Embalmers following the Union and Confederate armies around the country were portrayed as vultures fattening themselves on the dead. They pitched tents close to battle sites, and offered soldiers the chance to pre-pay for their own embalming should they be killed. In January 1865, General Ulysses S. Grant withdrew embalmers’ permits and ordered them beyond the lines to stop them affecting morale.

A photograph of Richard Burr embalming a dead solider. Burr operated out of the building that is now the National Museum of Civil War Medicine in Frederick, MD.

In 1864, Timothy Dwight of New York made a complaint against Dr Richard Burr, a Washington embalmer, claiming Burr tried to extort money from him by holding his son’s body to ransom. Allegedly, Burr took possession of Dwight’s son after he died in battle. Without the family’s permission, Burr embalmed the body, and then contacted Mr. Dwight, demanding $100 for its release.

Most American embalmers had other full-time occupations, and were sometimes cabinet- or furniture-makers. Hence the embalmer could also make his company’s own coffins, which were sold from $4 to $7 each. In ways such as this, enterprising (if reviled) 19th-century embalmers established the modern American funeral industry. Ironically, before his death in 1900, Thomas Holmes stipulated that his own body should not be embalmed.

Back at the Lincoln residence in 1862, little Willie’s body was laid out in the Green Room of the White House. The poet Nathaniel Parker Willis later described the dead boy’s appearance at the funeral:

He lay with eyes closed—his brown hair parted as we had known it—pale in the slumber of death; but otherwise unchanged, for he was dressed as if for the evening, and held in one of his hands, crossed upon his breast, a bunch of exquisite flowers…

According to those in attendance, the family intended “to send [Willie] home to the West” so that he may “sleep under the sod of his own valley” after the funeral. At the last minute, however, Lincoln decided that he couldn’t bear to be separated from his dear son’s body and had the boy’s remains interred in William Thomas Carroll’s family vault in Washington.

The president visited the grave several times, and requested the coffin be reopened on at least two occasions. It is said the he could not stand to leave the boy alone in the dark, cold tomb. He would sit with Willie’s body for hours on end. Lincoln once admitted to a Union soldier:  “Since Willie’s death, I catch myself every day involuntarily talking with him as if he were with me.”

He never recovered from his grief.

Dr. Lindsey Fitzharris has a PhD in the History of Science & Medicine from Oxford University. She runs a popular blog called The Chirurgeon’s Apprentice, which is all about the horrors of pre-anesthetic surgery; and is the host of the YouTube Series, Under The Knife. Lindsey’s book, The Butchering Art, will be published by FSG-Scientific American in October 2017. You can follow her on Twitter and Facebook.